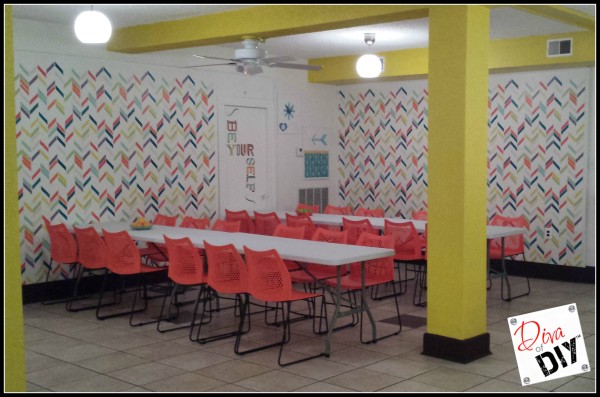 This Herringbone stenciled walls turned out amazing. I can’t tell you how proud I am of how this project turned out. The bright colors created such an impact in this corner. A huge thank you to Royal Design Studio for providing us the stencils and stencil brushes for this project. 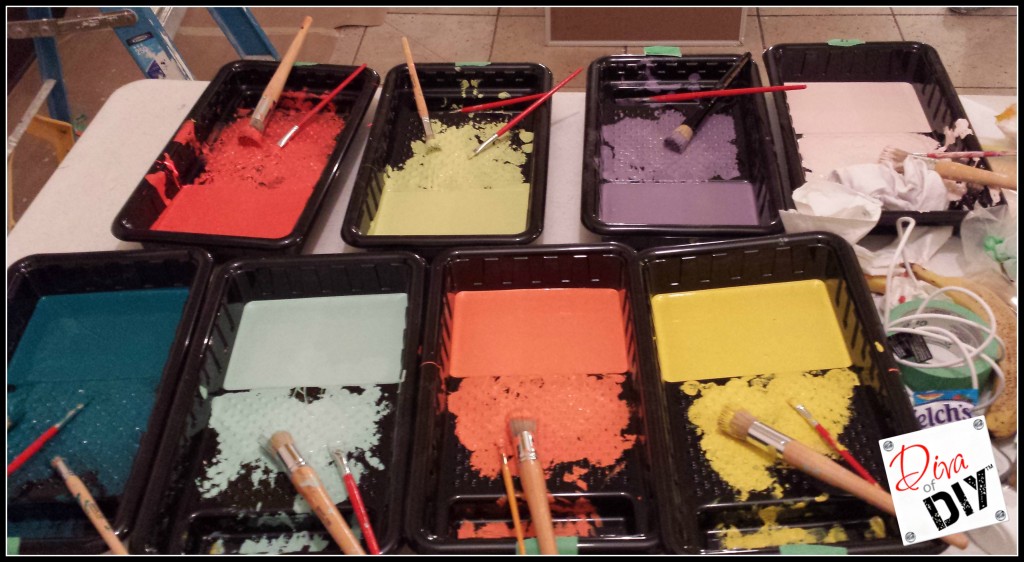 Stencil Ease Re-positionable stencil adhesive from Amazon.com or any local craft store should have it in stock

Laser level or chalk line from your tool box 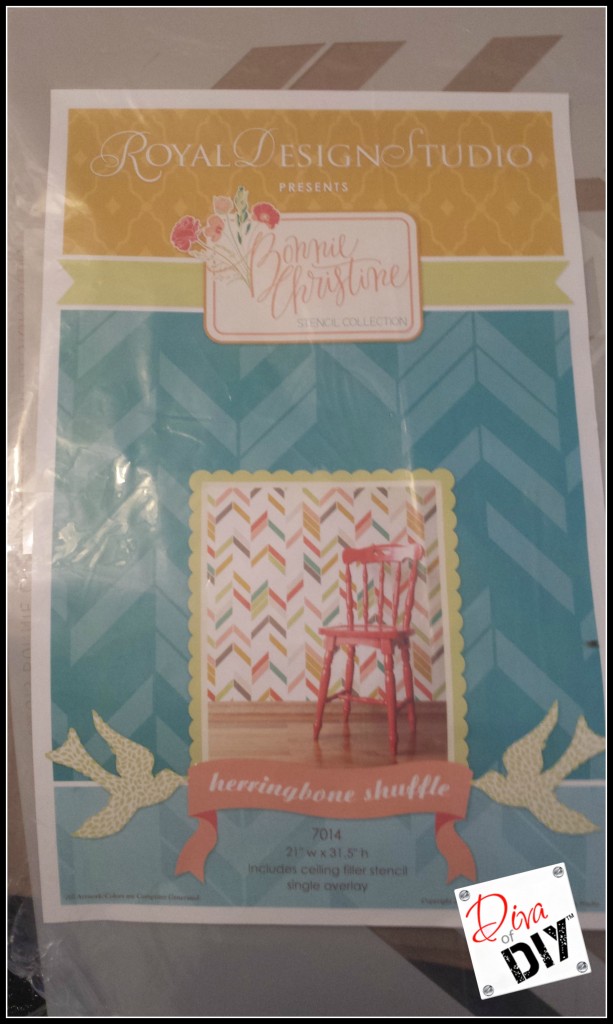 The stencil we used is “Herringbone Shuffle” stencil by Royal Design Studio. It is a single overlay stencil that is super easy to use. It also comes with a ceiling filler which makes the ceiling work much easier to do.

Tip:  If you are new to stenciling, I would suggest using no more than 5 paint colors.  8 paint colors was a lot to keep track of. 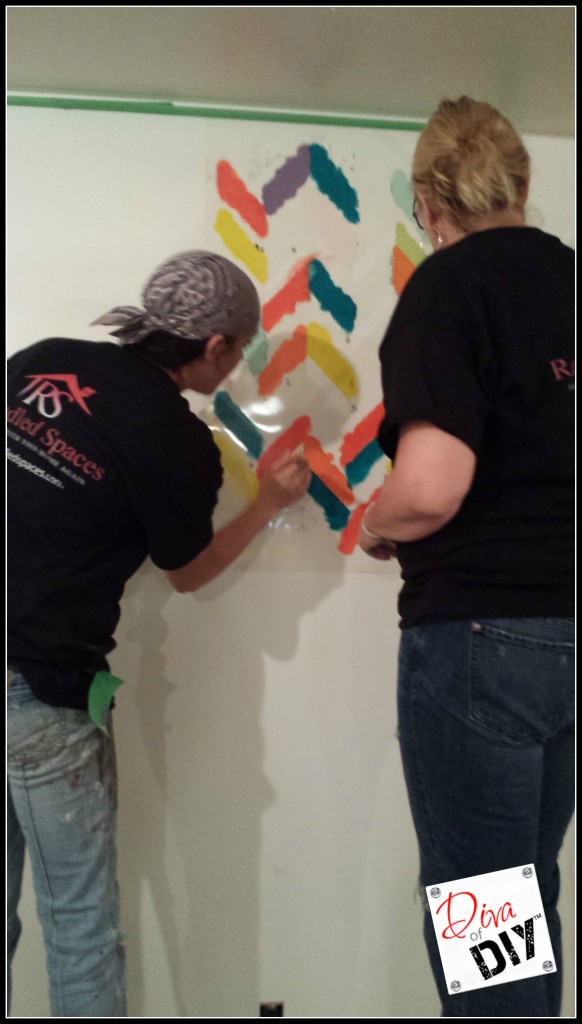 And there it is…the first stencil pattern going up. There is no going back now! lol  One stencil down…100 to go!!! 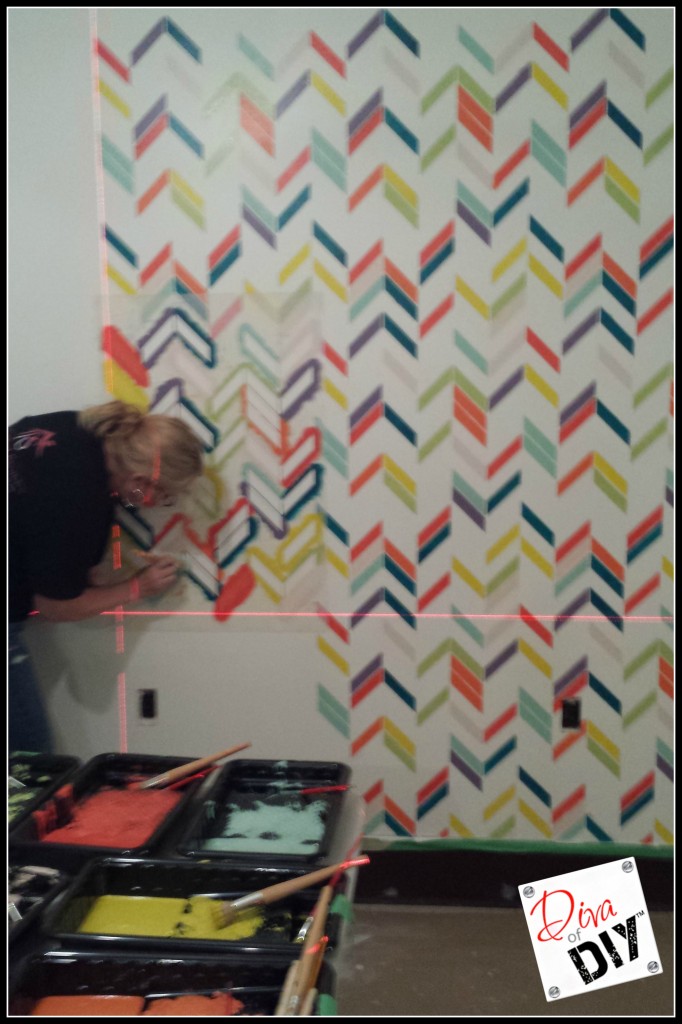 We kept our lines straight by using a Craftman laser level. You could also use a chalk line and mark off the walls ahead of time. 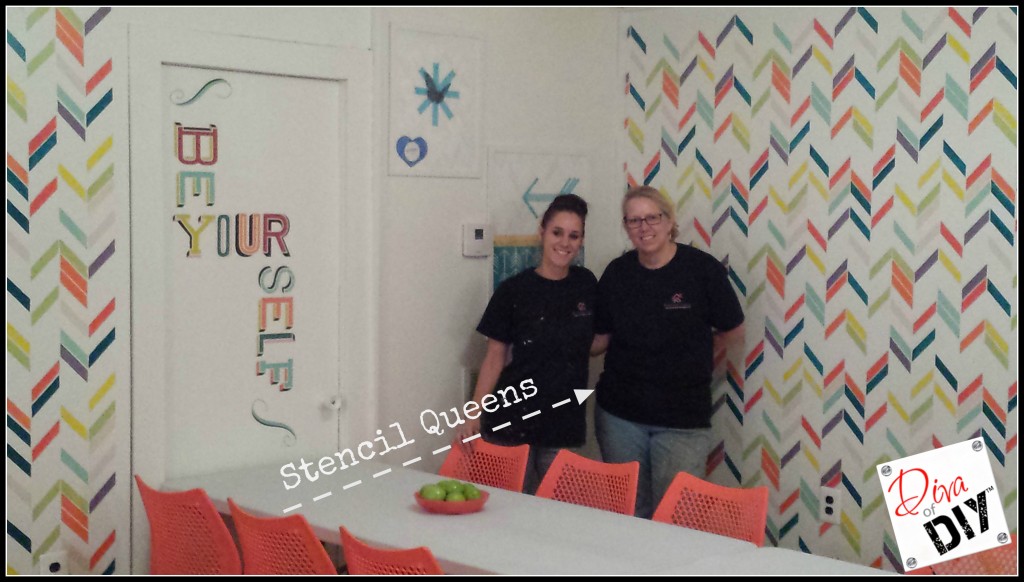 I want to thank my 2 partners-in-crime, Lori Pierce & Kristi Wyckoff for doing such an amazing job on these walls. I couldn’t have done it without these two! Well I could have but it would not have been fun! {smile} 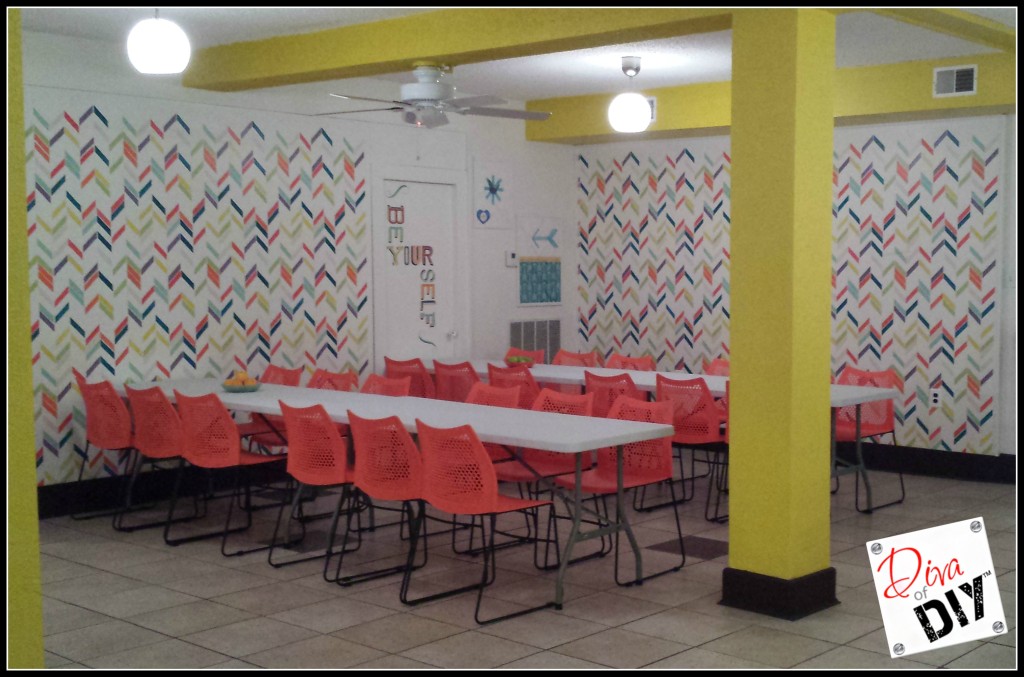 Here is one last glimpse of this amazing room. I love everything about it. I love the bright colors; the herringbone patterned stencil; the new chairs; the wall decals and the artwork in the corner. Don’t blink…there are so many little details that make such a statement.

Be sure to check out all the projects that we covered at the Restaurant Impossible Holiday Special at the Double H Ranch. 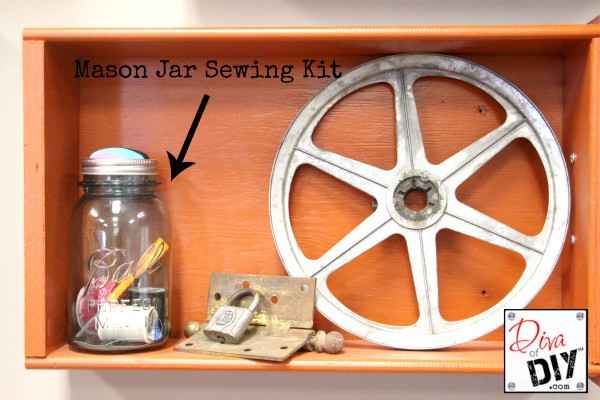 There once was a time when I had a big, bulky sewing kit. It ended up being a catch all for buttons, thread, snaps, scissors and whatever else needed to be sewed on. I ended up creating this Sewing Kit In a Mason Jar to keep what I needed on hand and within reach.  … 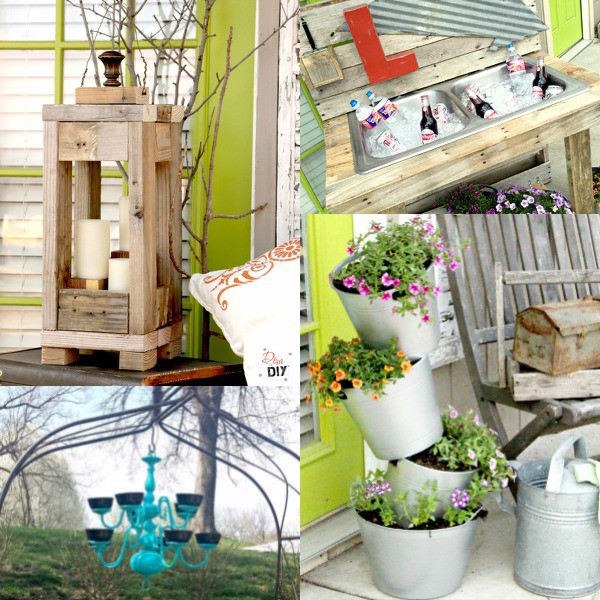 Summer is my favorite time of year to DIY! I like to be able to spread out and work outside and not have to worry so much about the mess I’m making! I’ve put together 10 of my favorite outdoor projects for you. My hope is to inspire you to try a few to add… 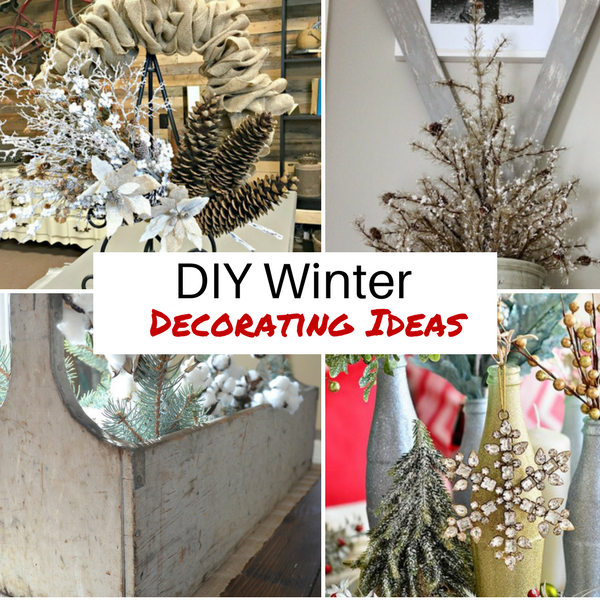 Can you believe that it’s time to start thinking about winter decorating already? I feel like I just finished putting last year’s decorations away! Nonetheless, before we know it, the holiday season will be in full swing. I really love winter decorating and adding some seasonal cheer to my home. There are millions of ideas… 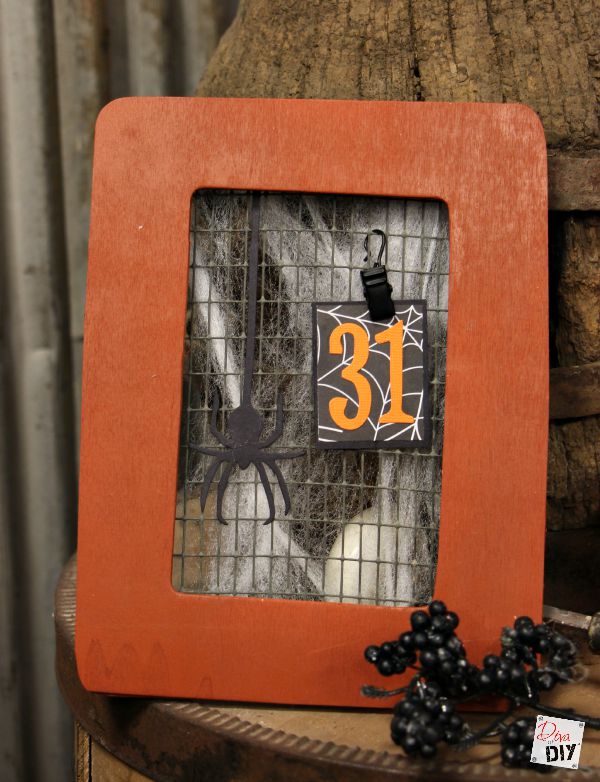 You are going to love this unique October calendar that can be used to display the days of October or a countdown to Halloween. Do you remember making the long, link chains out of paper as a way to countdown the days until a special event?  I used to always make one for the month… 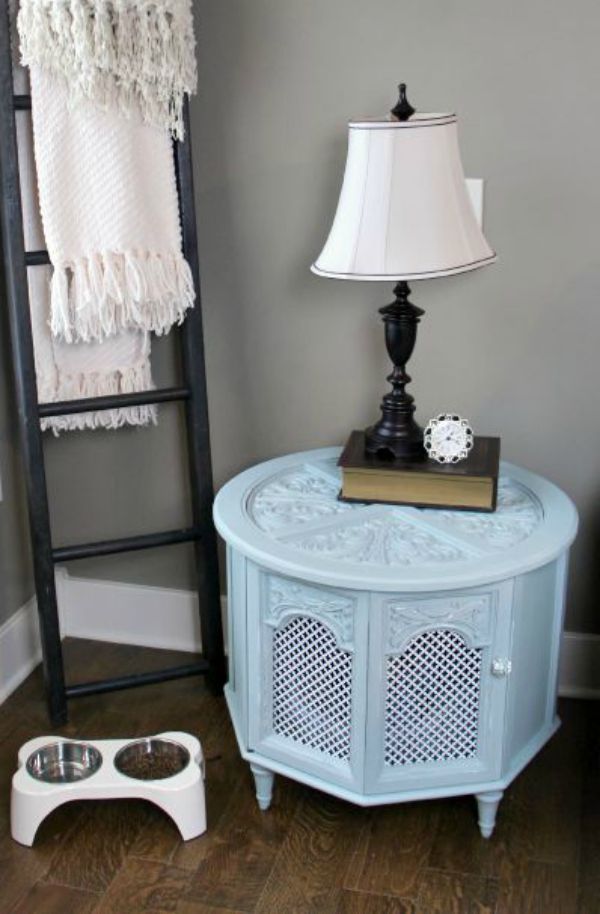 Let’s face it…most pet crates/kennels are ugly right?  I mean seriously…who want’s to try and incorporate an obnoxiously large, overpriced black metal fence into their decor?  As amazing as that sounds (NOT), I opted for another option…a furniture pet bed. This pet bed is special to me for several reasons: I was able to rescue a once-loved piece and… 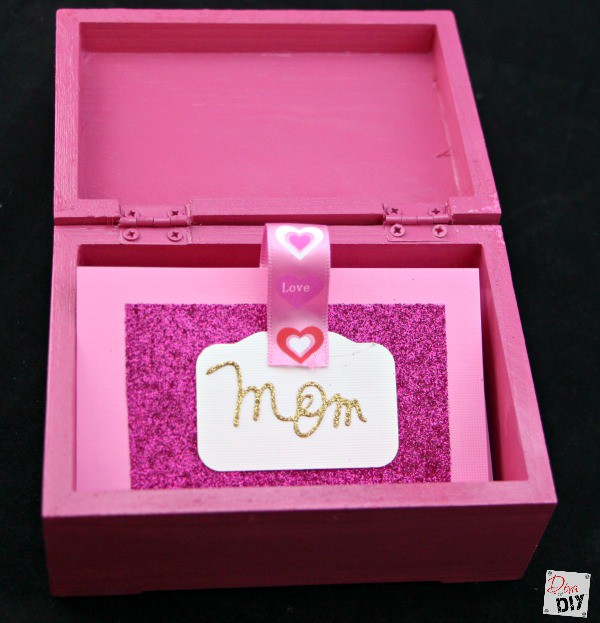 Are you looking for that perfect Mother’s Day gift that your kids can make that you will want to display and keep forever? Or that personal gift for Grandma on Mother’s day? This Mother’s Day coupon book is the perfect project! This project developed from my Photo Box Gift tutorial. The photo box albums are…

My name is Leanne. Thank you for stopping by. I am a mother of 3; a business owner; a creative; a maker. My hope for this site is that I can inspire you create, make and decorate a beautiful life.

Ever thought to etch glass yourself from home? It’s really pretty easy to do! When you etch glass pieces yourself you can personalize your pieces at a fraction of the cost of special order it.
Learn More --> divaofdiy.com/how-to-etch-glass/ ... See MoreSee Less

Create this easy and inexpensive storage ottoman i

Transform your curb appeal in a weekend. New shutt